DRIVING UNDER THE INFLUENCE OF DRUGS (DUID) 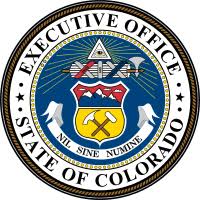 There are many, many issues and strategies related to DUID charges. The most important step to take is to contact DUID lawyer Mike Moran at 719-447-1923 immediately to protect your rights. On certain DUID cases there is a 7 day time limit to act in contacting the Department of Motor Vehicles to preserve your driving privileges.

lf you are stopped by law enforcement and charged with Driving Under the Influence of Drugs (DUID), Colorado Springs Attorney Michael Moran will assist you with your legal defense. He will protect your constitutional rights. The first step in analyzing any DUID case starts with the arrest. An officer must have reasonable suspicion to detain you. Colorado has defined reasonable suspicion as: "A peace officer may stop any person he reasonably suspects is committing, has committed, or is about to commit a crime." If you have not used your turn signal, perhaps not come to a complete stop at an intersection or stop sign, you are weaving, or don’t have your lights on in the evening, there may be justification for an officer to stop and investigate you for a traffic infraction. At the initial contact between the police and you, the police will attempt to develop probable cause to make an arrest if there is suspicion of marijuana or drug use while driving.

If the officer asks you to allow him to Search you, your car, your home, or any other place belonging to you you have a right to say no. If the officer searches despite your refusal, a judge may find that your rights were violated. Unless the officer can give a legally valid reason for searching you, the judge may decide that the officer should have obtained a warrant. Many drug offenses hinge on these "Search and Seizure" issues.

After the officer has developed reasonable suspicion and probable cause, an individual may be requested to perform field sobriety tests or roadside maneuvers. These tests are voluntary and not a requirement under Colorado law. You may simply tell an officer you do not Wish to take those tests, being respectful.

If you are arrested, an officer may request you take a blood test to establish his suspicion of marijuana or other drug use. A blood test for marijuana is measured in nanograms. Although there are no specific legal levels of use, the presence of even a minor amount of marijuana in your blood system can-result in you receiving a citation. Previous marijuana usage may show up in a blood test and work to hinder your legal defense. Mike has handled many marijuana cases (DUID) successfully for a broad spectrum of clients in Colorado Springs and surrounding areas.