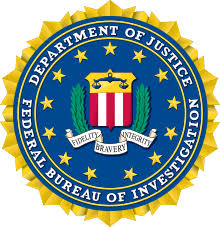 In El Paso County and Colorado Springs various criminal charges are heard in the local Federal Magistrate Court.  This commonly occurs when a criminal event takes place on a Federal installation such as:

Call Michael W. Moran at 719-447-1923 for a free consultation.  Mike is licensed and admitted to practice before all Federal Courts in the State of Colorado.

Penalties in the Federal court system tend to be harsher and the legal complexities more involved. If you are convicted in Federal Court, you may face a penalty to include mandatory fines and being placed on Federal probation.  Keep in mind the Federal Government has considerable resources and is more zealous in prosecuting offenses.  Colorado law is utilized by the Federal Government and is prosecuted by the local Judge Advocate General office, commonly known as JAG.  A JAG officer is a military officer who is assigned to prosecute Federal law under the local jurisdiction.

Federal court convictions and dismissals differ from Colorado state law in that there is no provision for sealing or expunging of Federal criminal records.

It is important to have a strong advocate that knows the Federal system and can fight on your behalf.